We Can and We Will 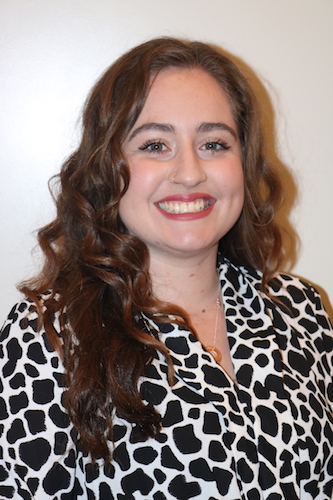 When I was in high school, my Honors History teacher made a statement which stays as a deep scar on my mind, all these years later. He said, “A woman will never make a good president because they will not be able to ‘pull the trigger’ when they need to.”

This teacher was charismatic and full of energy. The class laughed it off and we continued on with our lesson.

It was not until three years later as I was pursuing an undergraduate degree when I actually took a moment to break down what effect was left by him making this statement to a group of budding 15-16 year old students. It was like a ton of bricks which had been piling up over the years swung down and hit me straight in the head unleashing a mix of unrest, confusion, and hurt. Why would he make such a damaging statement to a group of kids at an impressionable age in their life? Why did no one question him?

It made me realize how obsessed our country is with militarism, and how we use this as an excuse to close off access for women. This idea of aggression and force as being a prerequisite to lead our country. We see women running for president more often now than ever before, but I am still hearing similar thoughts as my history teacher. People fear there is a disadvantage which comes with housing a woman in the top office of our country. This idea they would be ‘too weak’ or ‘ too soft’. Their decisions would be based on emotions and hysterics.

This generalization of women is egregious. Top qualities for a great leader are the ability to delegate and understand the needs of those you lead. The abilities you must possess are not gender specific by any means. However, we as people have allowed our culture to build fear and ignorance, rather than courage and understanding. Those like my history teacher keep the cyclical nature of this fear alive. No one in the classroom that day recognized the conditioning we went through, or the justification created for us to build anxiety towards female leadership.

I was embarrassed to admit I was also one of the students who did not stand up against his unfair accusations of women. I did not understand how I could believe in the power and strength of women, yet let him strip us of our dignity to a class full of students. However, I realized there is no reason to inflict guilt upon myself for not standing up at the moment, or to hold angst against him for perpetuating patriarchial reasoning. I truly did not think to question the teacher at the moment because of my own youth and ignorance. I recognize today my call to action is to compassionately work with those who fear any group based on preconceived notions. We must hold each other accountable and not strip others of their ability before we give them the chance.

Happy Women’s History Month, here is to all of the past accomplishments and the many more to come.