Protester Asks Nazi for a Hug, Receives Honesty and Opportunity 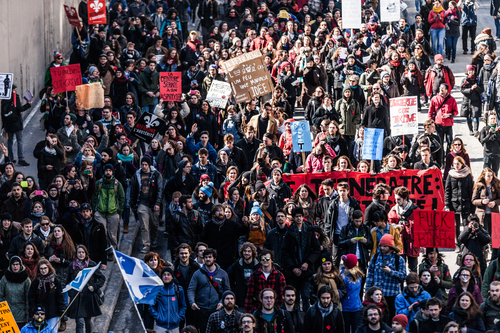 In a time and place overrun with narratives of hate and intolerance, high school football coach Aaron Courtney found the courage to walk headfirst into the bigotry. At a rally condemning a speech by Richard Spencer there were plenty of protesters, shouting down the crowd of white supremacists who had gathered to support Spencer. The protesters vocalized their hurt and anger, denounced the Nazis and promoted the Black Lives Matter movement. Courtney–a black man of 31–took it one step further. He stepped up to a man in a swastika shirt and hugged him, deeply, asking repeatedly “Why do you hate me?” until Randy Furniss replied simply, and honestly, “I don’t know”. This powerful moment encapsulates the saddest element of our culture of division, senseless hate, anger, and violence so often trump patience, honesty and respect. White supremacy will not be extinguished with congressional legislation or the stroke of a presidential pen, it must be dismantled day by day, moment by moment by brave, relentless people like Aaron Courtney opening dialogues with people like Furniss, showing them that there is a world beyond fear and hate. Courtney told HuffPost writers that God whispered to him in that moment “You changed his life.” With each Randy Furniss whose life changes, the nation moves one step closer to healing. Read the full HuffPost article Here: