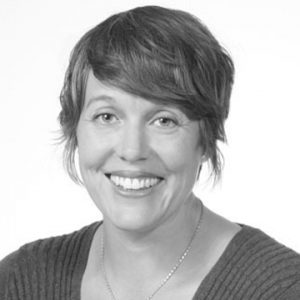 Thinking back to family stories from my childhood, I see how they set the foundation for my ideas about my personal womanhood. I picture my great-grandma, who sewed with and supervised women working in a factory. How she stood up to her boss when he demanded the women work overnight, even though she knew she could lose her much needed job. How the factory burned to the ground that night, and her defiance had potentially saved all of their lives.

And I learned that women speak up against authority for themselves as well as others.

I remember a required Western Civilization course that I took as a freshman in college that was taught by a rotating cast of professors from different disciplines. Half way through the semester, I felt compelled to ask my teacher if we were going to talk about women’s contributions beyond the one week designated in the syllabus. My professor, a White woman, dismissed my question as irrelevant to the course and suggested I go talk to someone in the Women’s Studies Department. Which I did.

And I learned that there is purposeful exclusion and silencing of women in our social, historical knowledge, and that women can play a part in perpetuating this.

Within the Women’s Studies program that I eventually joined, most of the content around feminism came from a White, middle class lens. I heard my classmates of Color asking questions of our curriculum and our instructors that I did not know at the time to ask. Then we read about The Combahee River Collective, a Black, feminist, lesbian collective of visionary women who were “actively committed to struggling against racial, sexual, heterosexual, and class oppression, and see as [their] particular task the development of integrated analysis and practice based upon the fact that the major systems of oppression are interlocking.”

And I learned that when I hear the term “women” in most mainstream settings, it is the experiences and interests of White, middle class women that are being discussed, and that I have had a part in perpetuating this.

Because of my access to stories and experiences beyond my own, I have a more complex lens from which to understand what it means to be a woman internally, socially and politically, and I have more questions:

• What made my great-grandma speak out that night? Who were the women working in the factory with her? How were their experiences of that place different based on identities like race and sexual orientation? Was my great-grandma a day to day advocate for all of the women? Did her rebellion extend only to women who were like her or to large moments of conflict?

• What was the Science/Western Civilization teacher experiencing as one of the only women in the science department? What was her journey to get there and stay there? Had she already advocated for more inclusion of the Western Civilization curriculum? Was there a curricular avenue for her voice to be heard? How might all of this have impacted how she responded to me and what she was willing to talk about?

• As a woman whose identities mostly correlate with dominant narratives, how will I stay vigilant so as to challenge systems of oppression instead of perpetuating them? How will I fulfill the charge of the Combahee River Collective that “eliminating racism in the white women’s movement is by definition work for white women to do”? And finally, how will I purposefully arrange my life to support a redistribution of power for women and amongst women?